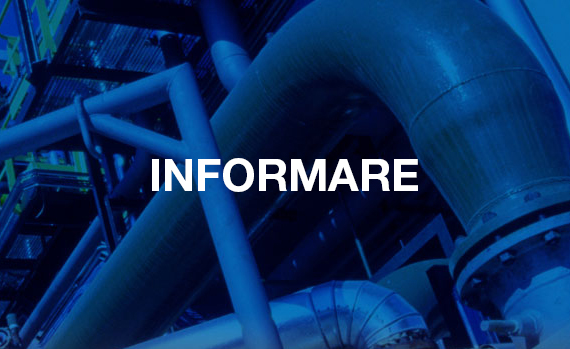 Natural gas is a combustible mineral resource that is a mixture of natural hydrocarbons accumulated in the Earth crust, which, under conditions that exist at the surface, are found in a gas form, having the physical and chemical properties stipulated in S.R. 3317/2003. Natural gas was formed as a result of a complex accumulation, degradation and distillation process of animal and plant biomass under conditions of anaerobiosis, at very high pressures and temperatures. Natural gas is classified as a fossil or classical fuel. Natural gas is a “blessed” source of energy that we all need. Fortunately, our country has natural gas reserves, and the domestic production covers approximately 70% of the consumption in the country, while the 30% difference is imported from external sources.

The quality of natural gas

Natural gas is subject to minimal quality requirements mentioned in the Technical Exploitation Agreement of Commercial Delivery/Receipt Stations and in the Annex 5 of the Regulation for measuring of natural gas quantities traded in Romania.

The billing of natural gas

To accomplish the task, ANRE elaborated the Ordinance nr. 56/2008, through which it approved the “Methodology for transition from the natural gas billing in volumetric units to billing in energy units”, published in the Official Monitor of Romania, Part I, nr. 441 from 12 June 2008.

The elaboration of this methodology is aimed at establishing measures necessary for the transition, starting 1 July 2008, from the expression of prices and regulation fees from lei / volume unit into lei / energy unit, and billing of the amount of delivered natural gas and services in energy units.

The billing in energy of natural gas (lei/Mwh)

Depending on the production region or the location where it is imported, natural gas may have a different calorific value. The introduction of the new system brings new requirements for the suppliers to bill both the amount of consumed gas, but also its quality. Gas quality is given by the Superior Calorific Value (SCV) and represents the amount of energy obtained through the burning of a cubic meter of natural gas. A high energy power obtained through burning translates into a high SCV of the utilized gas. The application of measurement in megawatts-hour (MWh) enables the payment for natural gas according to its quality rather than its volume. Natural gas sources are different in terms of origin (domestic and imported), and there are differences in quality. However, paying for the energy of the supplied gas means that you actually pay for its quality.

The conversion of natural gas volumes into energy units is made by applying the formula:

On its way from the reservoir to the burner in your company, natural gas has the route: